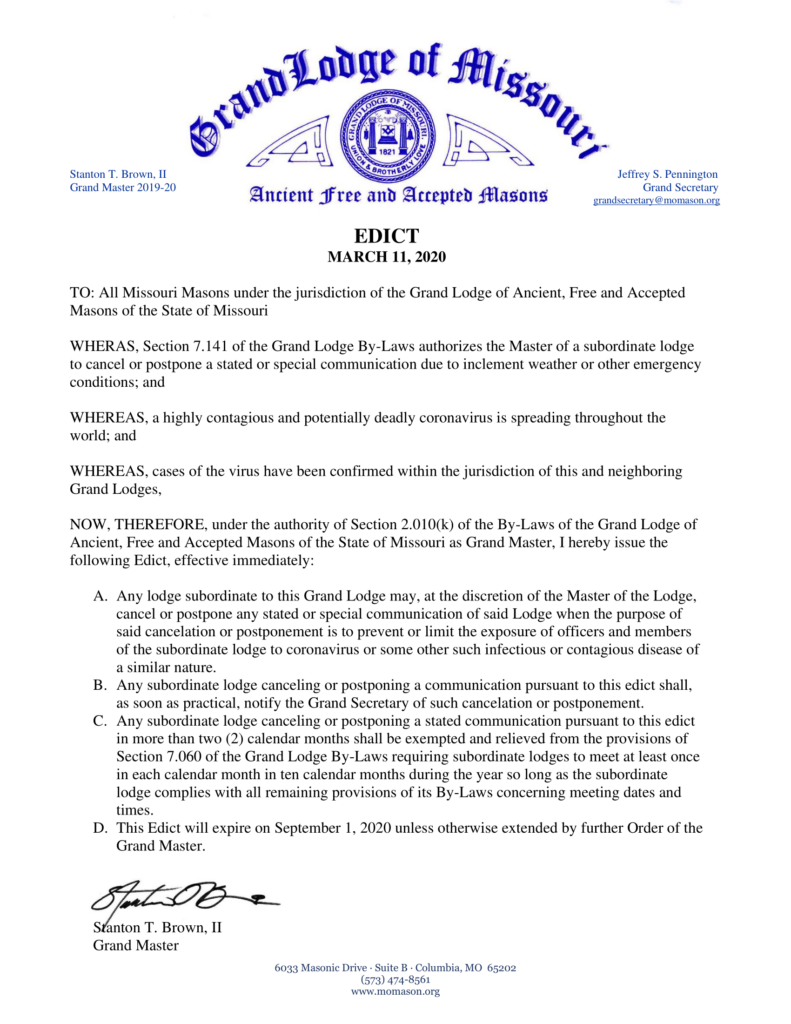 First, I would like to wish each and every one of you a safe and joyful holiday season. It is my ardent hope that each of you can experience the joy and fulfillment this season brings and to share that joy with family and friends and especially with those who are less fortunate than you. Open your hearts and minds to the miracles that have happened in each of our lives this past year and recognize them for what they truly are: Miracles from the Great Creator of Heaven and Earth.

Every faith has stories of miracles and blessings bestowed by God, so regardless of what your personal religious beliefs may be, this time of the year has historically been recognized as a time to collectively think of others. We have the opportunity to look again at where we have been, reflect on what blessings we have received and continue to receive, and also to consider ways to spread the truly wonderful message of Freemasonry to the world. That message is that “every human being has a claim on your kind offices, do good unto all… Finally, brethren, be ye all of one mind, live in peace and may the God of love and peace delight to dwell with and bless you.

May the bounteous Blessings of God be upon you and keep you safe during this festive season.

On behalf of the Grand Lodge of Missouri, I would like to wish each and every one of you a safe and joyful Thanksgiving season. It is my ardent hope that each of you can experience the joy and fulfillment this holiday brings and to share that joy with family and friends. This is the season for us to reflect on the past year and to be thankful for all we do have. All you need to do is look around at those who have been suffering in our brotherhood and in your community to realize how blessed most of us are. I hope you can find ways to relieve at least some of their pain and suffering by finding a way to express your thankfulness in a positive manner. May Gods grace continue to bless you. Happy Thanksgiving. – MWB Stanton T Brown II

Photo taken on May 4, by the official photographer of the Missouri House of Representatives, of the Grand Master with members of the 98th General Assembly who are Freemasons or members and Order of the Eastern Star, Prince Hall Affiliation. The picture was taken the dais of the Missouri House of Representatives. Unfortunately, a number of Mason-legislators were unable to be in the photograph due to ongoing meetings.

Pictured left to right (with District number in parentheses): 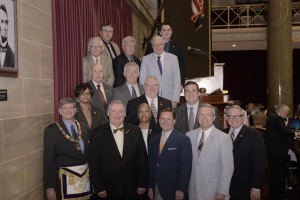